My rendezvous with South India

In the end we only regret the chances we did not take and I for one am not living in regret because I took up this opportunity to explore my wanderlust spirit. And I am really glad that my spirit does not just aimlessly meander but is also open to soaking in all the experiences these places have to offer. The past week around the quaint South have been nothing but an array of experiences and then I realized, adventures are the best way to learn.


It started out with an emotional journey to Trivandrum from Varkala, as I was bidding farewell to my friends that I made at Varkala.

My inspiration for this short trip was the Indian classical dance ‘Kathakali’, I always wanted to tap my feet to their tune. So when I found out that they were offering a class in Trivandrum I made way over there, to the dance organization ‘Margi’ that offers short lessons and full day courses.
After my tête-à-tête with kathakali, I was back on the road towards Kanyakumari, the southern most tip of India. It was a pleasant journey except for the fact that the roads were single lanes and the Kerala State Transport buses were being driven in an erratic manner, the bus drivers were under the illusion that they were all Micheal Schumachers and to top it all it started to rain and that’s when I had a fall. Its in situations such as these that the helmet and the safety gears come in hand.

It was almost after 125 kms of riding that I had my first glimpse of Kanyakumari and before I knew it I was already at the edge of the town facing the ocean and I could see the shops selling shells, pearls, corals and different varieties of stones. I headed straight to the hotel Manickam where I was given a room facing the ocean, along with an amazing view of the ‘Our Lady of Ransom Church’ and the ‘Pooviyoor Theppekulam’.

The next day early morning at 5 o’clock I woke up and walked up to the edge of the beach and as I stood there waiting for the sun to rise through the heavy clouds I had a pretty view of the Indian ocean getting merged with the Arabian sea and the Bay of Bengal. 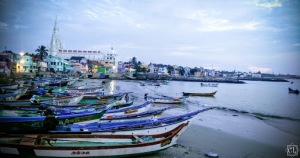 .
Kanyakumari was followed by Tirunelveli where more than the destination I was blown away by the ride because the scenic view had a charming appeal with the freshness of the greenery and the windmills which stood along the way. 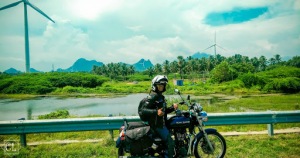 At Tirunelveli I met up with my friends and they took me out for dinner and insisted that I try the famous halwa of that place (you should try it too, I insist!). 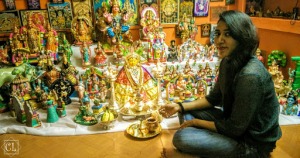 The next morning I rode to Tiger falls and the Main falls which lies around 100 kms away. 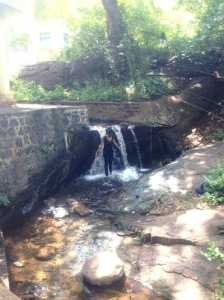 I made it to the temple city Madurai after a smooth ride of 170 kms just in time for the Navratri festival and I could not have been there at a better time. The entire area was lit up including the Meenakshi temple and I got the opportunity to view some of India’s most talented people performing Bharatnatyam and singing classical music. That feel in those festive moments is something I will never be able to brush away from my soul.
.

Located in a quiet corner, it is a well maintained memorial of Gandhiji. It comprises of photos, paintings, sculptures, manuscripts, quotations as well as the blood stained cloth that was worn by Mahatma Gandhi on the day of his assassination. The museum depicts various phases of Mahatma Gandhi right from his childhood days till the day he was taken to the crematorium. The pictures displayed here are carefully compiled making sure that the spectator feels inspired from the life of this true patriot.

As I was nearing Rameshwaram while riding from Madurai for almost 190 kms, I came across a small narrow path that runs to the beach. My instinct always tells me to take risks and explore places, so I went for it and that path opened up to a vast expanse of sea, the view was so blue that day and what a clean and private beach that was. 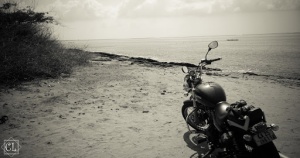 I rode to Rameshwaram to view the famous Pamban bridge. People usually go there to watch the bridge split when the ships go by or to see the train pass by which apparently passes by only twice a day. I got lucky though, as soon as I reached I chanced a view of the train pass by, it was majestic! 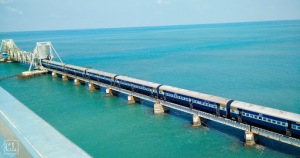 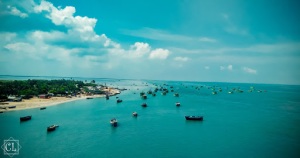 While strolling in Rameshwaram I came across ‘Blue Coral Cottage’ who were offering snorkeling. I was lost under the sea for almost 3 hours.

**Watch the video till the end to see what the sea Lotus does….

I also had the opportunity to have lunch with the local fishermen who were so kind to share their cuisine with me.

Concluding my voyage around the coast I finally made my way up the hills to Kodaikanal. It was such a relief after riding for days in the heat, to find myself in such a misty and cold place. 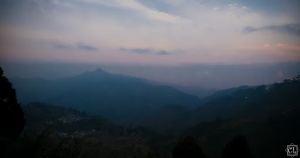 As you can see my entire travelogue is overflowing with a mélange of memories and that in itself is such a high, who needs magic mushrooms?!

For further updates check India on a Motorcycle